What is the Alien Registration Number?

What is the Alien registration number? (A number)
What is it for? And where do I find it?

What is an A-Number?

An A-number, or alien registration number, is the number assigned to each “alien” immigrating to the United States by the Department of Homeland Security. 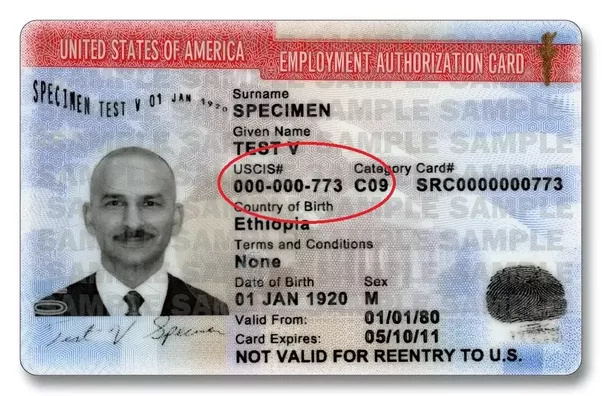 USCIS defines an “alien” as “any person who is not a citizen or national of the United States.”

When do I get an A-Number?

You will receive an A-number when you are immigrating to the United States but not becoming a citizen or national.

Why do I need an A-Number?

As you are immigrating to the United States, you will need to be registered with the United States government. As you apply for visas and fill out forms, the A-number acts as an identifying tag. This tag is used to verify your identity on applications or petitions that you file.

Example of an 8-digit number:

Example of a 9-digit number:

Example of a 9-digit number:

What does an A-Number Mean?

Having an A-number means that you are registered with the United States government as a non-citizen.

Where can I find my A-Number?

You can find your A-number:

Can I look up my A-Number Online?

No. Your A number should be on physical copies of most documents you receive from USCIS.

If you do not have a copy of one of the documents, contact the U.S. Embassy or Consulate that issued your request.

An A-file is the official file for all immigration and naturalization records.

Each file is identified by an individual’s A-number. This allows the government to easily search for any records they have concerning an individual’s immigration or naturalization case.

How long does an A-Number Last?

However, you may have been issued more than one A-number. If this is true, you may need to include only the most recent or all of the A-numbers when filing your forms.